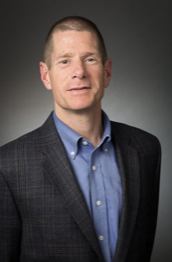 Jeff and his wife, NellAnn, became involved in Real Estate back in 1991. They bought a house using what is now called house-hacking. They were hacking before hacking was even a thing.  Jeff and NellAnn bought a 2 family in Salem, MA for $137,000. Their tenant paid most of their mortgage. In 1994, they bought a single family, dream, ‘money-pit’ home for $139,000. It was an 18 room, 8 fireplace, 5,000 square foot, Queen Anne Victorian home. They chose to keep it a single family home and spent the next 5 years renovating the house. After 2 daughters joined the family, they realized they wanted to live on a bigger piece of land and decided to move to the Live Free or Die State. So, in 1999, they sold the Victorian, took their profits, and bought a 2.6 acre piece of farm land. There they built a new home.

Jeff, NellAnn, and their daughters lived in North Hampton, NH for 10 years. During that time they added features to and finished the attic space in their home. In 2008, when the Real Estate market crashed, they knew it was the time to realize their dream of living on the water. It took some time, but they sold their North Hampton home and rolled those profits into a property in Newington, NH.  Jeff and NellAnn bought a small house on 6 acres on the Great Bay and began renovating, again.

In 2006, Jeff and NellAnn sold the 2 family they had originally bought in Salem, MA and 1031’ed that property into a commercial property located on Route One in Saugus, MA. They had a national tenant in the building with a terrible lease, at least from the landlord’s perspective. However, this created an opportunity for them to purchase the property.  Now, a few years later, the property has a national credit tenant.

Jeff and NellAnn have made Real Estate investing the center of their financial planning. They are always looking for properties with good potential and positive cash flow.

In 1999, Jeff was introduced to Cost Segregation. He began introducing clients and CPAs to the benefits of accelerated depreciation. Since he started talking about CSS, Jeff and MS Consultants have now completed over 22,000 studies in 47 states. Currently, Jeff is the Director of Business Development for MS Consultants, LLC. With a full-time staff of cost segregation experts and CPAs, MS Consultants’ expertise lies in Cost Segregation Studies. An important element of Jeff’s career has been assisting property owners with their cost segregation needs. Last year, Jeff and MS Consultants performed studies on over $2 billion of real estate. Their work reduced their clients’ tax liabilities by over $750 million.

Since 1996, the IRS has allowed the use of cost segregation to increase tax write-offs for those who have built, purchased, remodeled, or expanded their properties. Utilization of cost segregation reduces the depreciable life of eligible property. Accelerated depreciation allows greater write offs for the first fifteen years after purchase or completion of construction.

Prior to joining with MS Consultants, Jeff worked with small businesses with revenue between $1M -$200M.  He worked to reduce expenses and increase profits for business owners.

Jeff graduated from Indiana University with a BA in Telecommunications. He serves on the board of Swim With A Mission and the Navy SEAL Museum in Ft. Pierce, FL. Together, the charities raise and distribute funds for veterans and their families. Jeff and NellAnn continue to live on the Seacoast of NH.